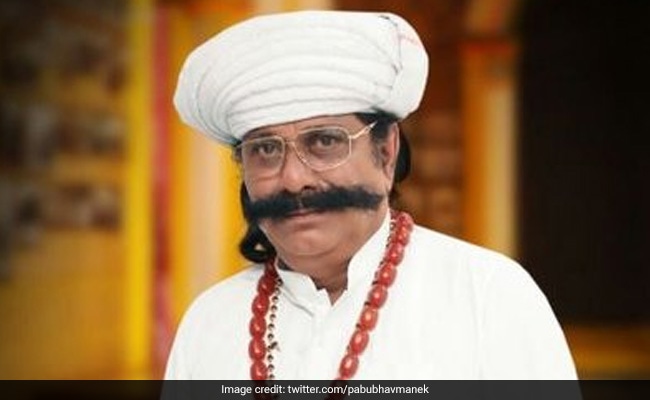 Gujarat Polls: Pabubha Manek said he has been winning the Dwarka for the last eight terms.

Dwarka Assembly seat should be considered one of the safest bets for BJP in the upcoming Gujarat assembly elections. The reason is Pabubha Manek, an MLA who has not lost a single election in the last 32 years. BJP has entrusted Manek, to win the seat for the party for the third straight time.

Speaking to ANI on Wednesday, Manek, claiming the support and affection of all communities in the constituency, said that he has been “selected and not elected” for this long.

“I am selected, not elected. I have been winning the Dwarka seat for the last eight terms, out of which I was an independent candidate three times, a Congress candidate once and now in BJP. I have got the affection of all the communities,” he said.

Asked about the new challenge of the Aam Aadmi Party in the upcoming polls, in which the party is looking to make inroads into the state, Manek said that Arvind Kejriwal-led party which has promised a series of freebies in the state including free electricity, monthly allowance of Rs 1,000 for all women above 18 etc, would not work in the state as the people here believe in “earning their livelihood”.

“There is always a challenge. Freebies do not work in Gujarat. Gujaratis believe in earning their livelihood, freebies would not work here,” he said.

“There is no fight in entire Gujarat. The reality on the ground is BJP will win the Khambhalia seat,” Manek added when enquired about AAP’s Chief Ministerial candidate Isudan Gadhvi who is contesting from the Khambhalia seat and is being seen as a strong force against the BJP.

Talking about Congress which is also looking to return to power cashing in the issues like unemployment and the recent Morbi tragedy, Manek said that the youth does not want the grand-old party as they “see their future” in the BJP.

“The youth do not want Congress. BJP is working for the development of the state which is why they want us. They see their future in us,” he said.

Manek said that Prime Minister Narendra Modi has almost finished the caste factor in the Assembly elections and the little left would be done away with after 2024.

“Congress sowed the seeds of casteism when the country was divided on the basis of religion. But PM Modi has finished it. But the little casteism that is left will be finished after 2024,” he said while talking about the caste factor in the voting in the Saurashtra region.

The BJP MLA further gave a clean chit to the state government in regard to the Morbi bridge collapse incident that claimed the lives of over 130 people.

“Morbi was an accident and the government had no role in it,” he said.

In the 2012 Gujarat Legislative Assembly elections, Pabubha Manek of the BJP had defeated Ahir Kandoria Mulubhai Ranmalbhai of the Indian National Congress by 5,616 votes. Manek got a total of 73,431 votes while Ahir Markhi got 67,692 votes. Nationalist Congress Party candidate Madam Ranmalbhai Lakhubhai came third with 2,829 votes. The top three parties got 48.2%, 44.5% and 1.9% respectively.