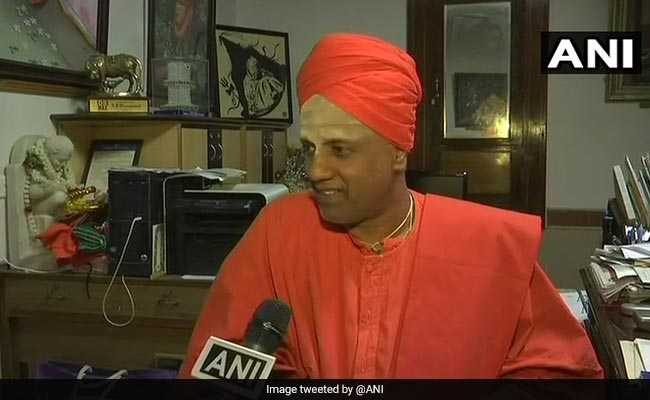 Elections are months away in Karnataka and the ruling BJP faces a January deadline to increase quota for the Vokkaliga community in jobs and education.

HD Deve Gowda was India’s first – and so far, only – prime minister from the powerful community that has been a dominant force in Karnataka’s politics, especially in the southern part of the state.

The first family of the Janata Dal (Secular) – Deve Gowda and his sons and their families – have produced not just a prime minister but two chief ministers, MPs and MLAs.

The Lingayats, also a powerful group, are seen to strongly support the BJP. The Vokkaligas, on the other hand, traditionally favour the Janata Dal Secular(JDS) and the Congress.

The BJP, which formed the government in Karnataka in 2019 after toppling the JDS-Congress coalition, does have a comfortable majority in the state assembly. Its numbers swelled when Congress and JDS MLAs quit their parties and joined the BJP, enabling the coup.

With just a few months to the next election, the BJP wants to take no chances. To ensure its comeback in the only southern state it rules, the party knows it needs the Vokkaligas in its corner.

Chief Minister BBommai is a Lingayat, one of the reasons he was chosen to replace BS Yediyurappa

Recently, Prime Minister Narendra Modi unveiled a massive statue of Kempegowda, the ruler considered to be the founder of Bengaluru. Kempegowda belonged to the Vokkaliga community.

But the party’s real challenge is to go beyond cosmetic moves and deliver on the community’s biggest demand – more reservation. Vokkaliga leaders want reservation for the community to increase from the current 4% to 12% within the Other Backward Class (OBC) quota, which, they say, is the proportion of the Vokkaligas in the population.

The Vokkaligas also want a fixed quota within the 10% seats set aside for the Economically Weaker Sections. They want this to apply to poorer Vokkaligas in urban areas.

Just like it is for the Lingayats, not just politicians but also religious heads are making the demand. At a recent convention, Vokkaliga seers were also present and quite vocal on quota, including Swami Nirmalananda of the influential Adichunchanagiri Mutt. They declared a January 23 deadline for the Basavaraj Bommai government to meet their demands. If it doesn’t, it will face agitation, the seers warned.

Vokkaliga ministers in the state government also spoke at the event. They had to tread cautiously as they tried to mollify their community while standing by their own government. Health Minister K Sudhakar requested patience and said the government would not let the community down.

The BJP may be concerned about upsetting others if they give in to one community. But if they don’t agree, will the Vokkaligas make them pay in the elections that are just around the corner?

It doesn’t help the BJP that the Congress’s DK Shivakumar – a potential candidate for chief minister and the party’s troubleshooter – is a Vokkaliga. He says the community is just asking for the quota that is its share of the population and that he is ready to do anything to make it happen.

The other major opposition party in the state, JDS, is led by Vokkaligas. The BJP already has its work cut out when it comes to the Vokkaliga vote. Its performance has not been very strong in the Vokkaliga-dominated areas of south Karnataka in earlier elections.

Adding to the churn are the Panchamasali sub-sect of Lingayats who are also asking for an increase in quotas by asking to be included within the OBCs. Karnataka Chief Minister Basavaraj Bommai is a Lingayat himself, which is one of the reasons he was chosen to replace his senior party colleague, BS Yediyurappa, last year.

This was seen as a nod to the Lingayats by the BJP. But the Vokkaliga community would say – what about us?

Why are these fresh demands for increased reservation coming up now, with the elections so close?

The Karnataka government recently signed off on increasing THE quota for Scheduled Castes (SCs) from 15% to 17% and for Scheduled Tribes (STs) from 3% to 7% through an ordinance. Now other communities are asking for a larger share.

This is not the time when a ruling party would want any significant group of voters to feel short-changed. So, the next few weeks will be busy for the state government as it explores a formula to keep the largest number of people happy on caste-based reservation.

Maya Sharma is a senior television journalist and writer based in Bengaluru.