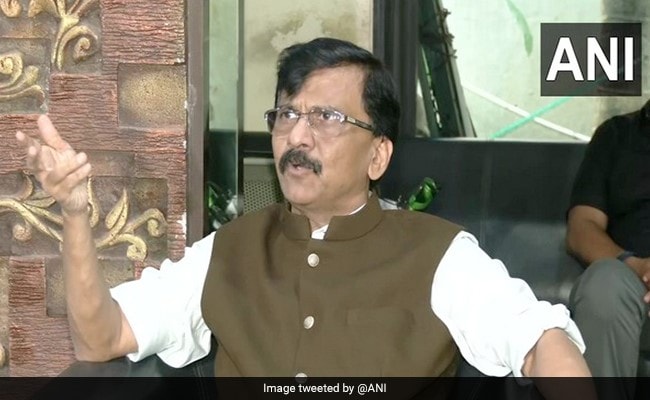 Last week, Mr Koshyari had said during an event in Aurangabad that Chhatrapati Shivaji Maharaj was an icon of “olden days”. His statement had drawn flak from the Nationalist Congress Party (NCP) and Uddhav Thackeray-led Shiv Sena faction.

Talking to reporters here, Mr Raut said that earlier Mr Koshyari had insulted Marathi-speaking people with his comment that Mumbai will not remain the country’s financial capital if Gujaratis and Marwaris left the city. ”At that time, to divert attention from this insult, I was arrested,” said Mr Raut, who was booked in a money laundering case related to the Patra Chawl redevelopment project.

The Sena leader was granted bail earlier this month after spending 100 days in jail.

Similarly, now the issue of Karnataka staking claim over Jat taluka in Sangli is being used to divert people’s attention, he said. ”This script is ready for them. However, people will not forget the insult to Chhatrapati Shivaji Maharaj no matter how much you try,” Raut said.

The political situation in Maharashtra has heated up after Karnataka Chief Minister Basavaraj Bommai on Tuesday claimed that some village panchayats in Jat taluka of Sangli district had passed a resolution in the past seeking to merge with Karnataka when they were facing a severe water crisis. On Teacher’s “Kasab” Jibe At Student, Karnataka Minister Said This, “Everyone Uses Words Like Ravan, Shakuni”