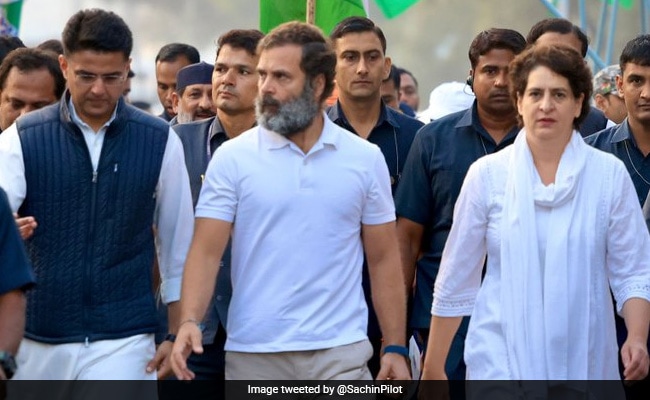 Congress’s Sachin Pilot has not responded to the strong takedown by Chief Minister Ashok Gehlot, his roadblock to the coveted top job in Rajasthan. Mr Pilot is in Madhya Pradesh, from where he posted a couple of photos on Twitter. In them, he is seen walking with Rahul Gandhi and Priyanka Gandhi Vadra at the Bharat Jodo Yatra.

“Today is a new day of Bharat Jodo Yatra but the resolve and enthusiasm to connect the country remains the same. Participated in Bharat Jodo Yatra which started today from Borgaon, Madhya Pradesh. Every step with @RahulGandhi ji and @priyankagandhi ji indicates a positive change,” read the caption.

Mr Pilot had flown down to the state with Ms Gandhi Vadra, who joined the party’s mega foot march for the first time today. The journey was long scheduled.

But in his absence, Ashok Gehlot, in an exclusive interview to NDTV, launched a no-holds-barred  attack on Mr Pilot.

Calling him a “Gaddar (traitor)” not once but six times in the interview, he indicated that Mr Pilot was responsible for the political chaos in Rajasthan, including the rebellion by his loyalists which publicly embarrassed the party and the Gandhis.

“A gaddar (traitor) cannot be Chief Minister… the High Command cannot make Sachin Pilot the Chief Minister… a man who doesn’t have 10 MLAs. Who revolted. He betrayed the party, (he) is a traitor,”  Mr Gehlot said, referring to the 2020 episode when Mr Pilot had camped out in Delhi for days with his loyalist MLAs.

“It must be a first for India that a party president tried to bring down his own government,” he said, alleging that the revolt was “funded by the BJP” and backed by the party senior BJP leaders including its chief strategist Amit Shah.

Mr Pilot since, has not apologised to the party, the state or the people, he said – a lacunae that has made him unacceptable to the MLAs as a candidate for the Chief Minister’s post.

“Had he apologised, I would not have to,” he added, referring to his apology to party chief Sonia Gandhi after the revolt by his loyalists during the election for the party chief’s post.

When Mr Gehlot emerged as the front-runner for the  party’s top post and Rahul Gandhi made it clear that he would not be allowed to retain the Chief Ministership in Rajasthan, around 90 MLAs had  launched an open revolt to keep Sachin Pilot from succeeding him as the Chief Minister.

They even defied the orders of Sonia Gandhi. Taking responsibility for the situation, Mr Gehlot had dropped out of the race even before it started and the party scrambled for a replacement.

Off the record, Central leaders of the party have expressed reservations about Mr Gehlot’s claims that he was unaware of the MLAs plans.Some have alleged that it had had his blessing.

Mr Gehlot’s attack came as Mr Pilot’s loyalists renewed their demand for the Chief Ministership for Mr Pilot ahead  of BHarat Jodo Yatra’s entry to the Rajasthan.

Mr Pilot had set it off with comments nudging the party for action against Mr Gehlot and his loyalists for the September revolt. Yesterday there was more plainspeak from his loyalist Vijay Singh Bainsla.

In a video statement, he said, “The current Congress government has completed four years and one year is left. Now Sachin Pilot should be made Chief Minister.. We are not holding anyone to ransom but how long are we going to wait?. If this happens, then you (Rahul Gandhi) are welcome. We will oppose otherwise”. 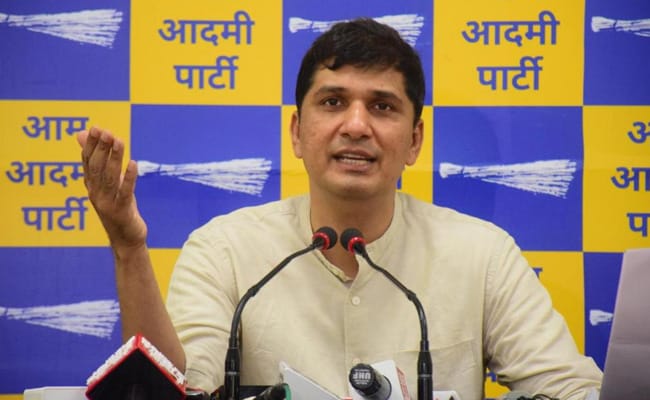