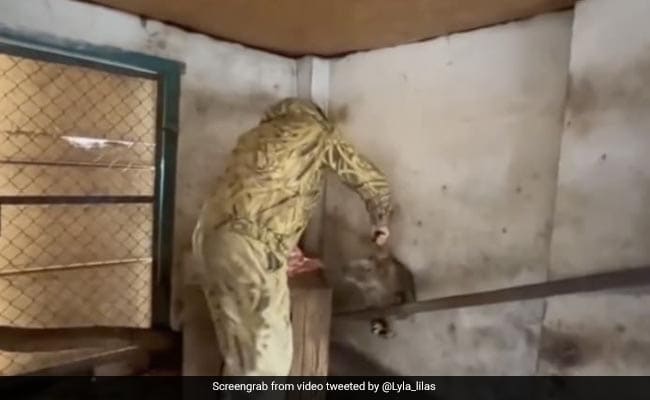 The raccoon had been “evacuated” two weeks ago from the Kherson Zoo.

A week ago, a video emerged from Ukraine’s Kherson that showed retreating Russian forces stealing animals from a zoo. Among them was a racoon, which Russia says has been acting like a morale booster for its forces. According to Newsweek, a segment on the channel Russia 1’s regional slot from the city of Kostroma described how the small animal has warmed the hearts and fired up the souls of a paratrooper unit of the country.

Described as a “little fighter” by the anchor, the programme said that the animal, whose call name was chosen as “Kherson” following an online poll, was “a lad in the prime of his life”.

Explaining the experience with the racoon, an unnamed paratrooper told Newsweek, “He motivates us. He just drives us towards further victories. Of course, victory will be ours. The raccoon has become a symbol of our unit.”

Earlier this week, Ukrainian authorities condemned the removal of the animals from the Kherson Zoo, with the country’s Ministry of Defense posting a strong statement on social media.

“The occupiers stole everything from Kherson: paintings from art galleries, antiquities from museums, historic manuscripts from libraries. But their most prized loot was a raccoon they stole from a zoo. Steal a raccoon and die,” Ukraine’s Ministry of Defense tweeted after the video footage went viral.

Meanwhile, representatives from Russia and Ukraine met in the United Arab Emirates last week to discuss the possibility of a prisoner-of-war swap that would be linked to the resumption of Russian ammonia exports, which go to Asia and Africa, via a Ukrainian pipeline, three sources with knowledge of the meeting said.

The sources said the talks were being mediated by the Gulf Arab state and did not include the United Nations, despite the UN’s central role in negotiating the ongoing initiative to export agricultural products from three Ukrainian Black Sea ports. Ammonia is used to make fertilizer.

However, the talks aim to remove remaining obstacles in the initiative extended last week and ease global food shortages by unblocking Ukrainian and Russian exports, they added.The sources asked not to be named in order to freely discuss sensitive matters. 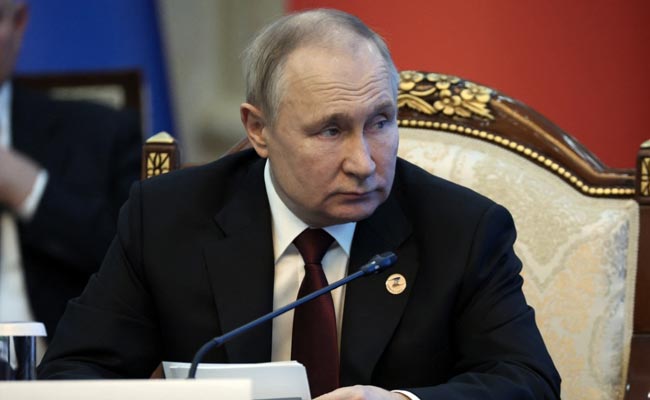