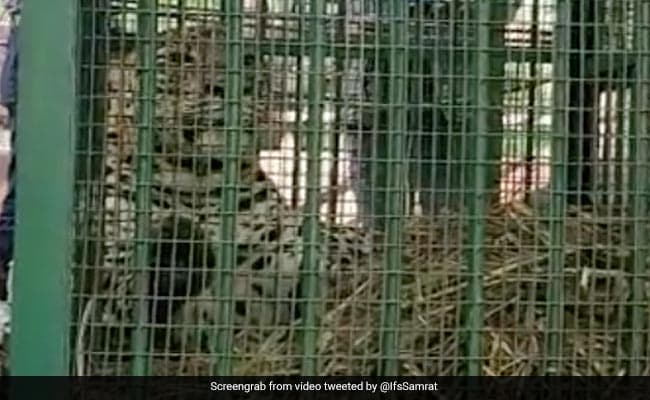 Four guards of an agricultural field were allegedly killed by a leopard in Gola.

Forest officials have completed the process of shifting the leopard that allegedly killed four persons in Gola tehsil of Lakhimpur Kheri district to Kanpur zoo, an official said.

Divisional Forest Officer Sanjay Biswal said the process of sending the leopard to Kanpur zoo was completed on Thursday.

Four guards of an agricultural field were allegedly killed by a leopard in Gola tehsil of Lakhimpur Kheri district between August 23 and October 20, according to forest officials.

On Monday, the eight-year-old leopard was trapped in a cage after eluding staff at South Kheri Forest Division for more than two months.

Divisional Forest Officer Sanjay Biswal said, “The leopard is strong without any physical deformity or injury. It was decided to keep it in a zoo instead of releasing it to another forest area as it had grown to good health.”