Pinarayi Vijayan cautioned against rumours over the issue. (File photo)

The Left government in Kerala on Wednesday categorically made it clear that no action will be taken that would adversely impact the life and livelihood of people living near the protected forests.

The government also cautioned against false propaganda by vested interests to create misunderstanding among local residents with regard to buffer zone issue.

The strong stand of the state government is to exclude the inhabited areas from the buffer zone limit and it would go to any extent to protect the interest of local residents and farmers in this regard, Chief Minister Pinarayi Vijayan said.

A final report would be submitted before the Supreme Court only after considering the opinions and suggestions of people in the designated areas and after including all buildings and structures in those regions, he said.

Estimates of buildings and other constructions in the regions and evidence, substantiated with maps, specifying the inhabited areas shall be submitted before the court while the state government’s review petition comes up for hearing, he said.

“Residents and farmers in the areas, demarcated as buffer zones by the court, need not have any concern. (The government) will convince the supreme court of the practical difficulties in making these areas as eco sensitive zones,” Vijayan said.

In June, the Supreme Court had directed that a buffer zone of 1-km be maintained around forests and sanctuaries across the country. Challenging this, both the Centre and the Kerala government had filed review pleas in the top court.

The Chief Minister said the government decided to conduct a field survey as well considering the concerns raised by local people about the inaccuracies in the satellite map prepared as directed by the Supreme Court.

Such documents would be produced as evidence while the revision petition is taken up, he said, adding that the exact count of buildings and its details are accurately collected to convince the court about its existence in the region and thus ensure its protection.

“This is the only way to prove that the one kilometer buffer zone area, demarcated by the court, is an inhabited region,” he explained.

Rejecting the propaganda that the satellite survey report on buffer zones, published on the government website, was the final one, Vijayan said it was just an “indicator”.

“Campaigns are going on as if it is the final report..that too is a false propaganda,” he said.

It has already been announced that a detailed ground survey of the eco-sensitive zones would be conducted soon, he said, adding that a mechanism would be put in place soon to collect the opinion of people in each panchayat which falls under the buffer zone.

Local government departments would open help desks to provide necessary assistance to the public in this regard, the Chief Minister explained.

Criticising the Congress-led UDF on the issue, Vijayan said some among the opposition are trying to cover up the real facts and information to keep the people in the dark and trigger emotional reactions against the government.

“It is also surprising that there is even a move to conveniently hide the fact that the survey is being conducted to protect the existing structures. Such propagandas will be exposed,” he said.

The previous Oommen Chandy government had not even submitted the documents sought by Centre to exclude the inhabited areas from the buffer zone limit on time, the Chief Minister said and specifically accused senior Congress leader Jairam Ramesh of taking an “adamant stand” on the buffer zone issue while serving as the Environment Minister during the UPA regime.

Appealing to the media not to publish any “false” reports on the issue, the Chief Minister said such articles would cause anxiety and fear among people living near protected forest areas.

“Don’t publish reports which cause anxiety among local people…do not spread false rumours,” he said.

While taking steps to protect the environment, the government is also committed to ensure that no action, which is adversely impacting the lives of people, is taken, he added.

Earlier in the day, the opposition Congress found fault with the state government over the buffer zone issue, saying it could have carried out the field survey much before and also urged it to submit a fresh report in the Supreme Court after conducting a manual survey in the region.

It also asked the LDF government to seek more time from the top court to submit the new report instead of the old one as concerns among the local people are growing on the demarcation of the buffer zone, based on the recent directive of the top court.

The Congress’s criticism came a day after the Left government had announced its decision to publish the draft buffer zone map, which was already sent to the Centre.

The decision was taken on Tuesday at a high-level meeting, chaired by Vijayan, that was held to discuss the buffer zone issue which is creating ripples across the state with the Catholic church spearheading the movement to exclude populated areas from it. 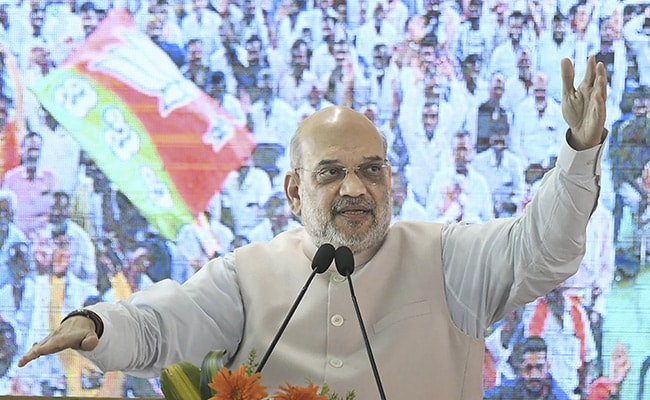