Karnataka Chief Minister Basavraj Bommai on Wednesday hit out at Maharashtra’s Opposition leaders, claiming that they had ‘lost their mental balance’.

Speaking to reporters on Wednesday, the Karnataka CM accused Opposition members in the state Assembly of trying to politicise the border row.

“The statements of the leader of Opposition in the Maharashtra State Assembly both inside and outside the House give an impression that they have lost their mental balance. Previously, NCP leaders had made a vain bid to draw political mileage out of it. This time, too, they have failed in their bid to do so,” CM Bommai said.

Calling the protest march ‘politically motivated’, the CM said only members of Opposition parties took part in it.

“At a time when people of both the states are maintaining cordial ties, doing business and travelling between the states, these leaders are trying to enter Karnataka on a large scale and stir up travel. Despite not having people’s support, they marched with party flags which shows that only members of Opposition parties and their office-bearers took part in it. It also shows quite clearly that the march was politically motivated,” he said.

The CM asked the Congress leaders of Karnataka to speak to their Maharashtra counterparts, saying even he had spoken to fellow BJP leaders of that state.

“This is not an issue to be resolved on the streets. The same thing was said by Union Home Minister Amit Shah. It was Maharashtra which moved the Supreme Court on the border issue and it later realised that it’s case was very weak. It is because of this that they wanted to create such a situation and take advantage of it. it will not be successful,” he said.

Mr Bommai added that Karnataka police is ‘strong’ enough to ‘drive’ back anyone attacking the state.

“The Maharashtra LoP’s statement of trying to attack Karnataka like China shows his immaturity. He is, perhaps, not aware that Karnataka is in India. Like the Indian army did with Chinese troops on the LAC, the Karnataka police will drive back Maharashtra protesters. The Kannadigas are strong enough to drive them back,” he said.

The Karnataka CM said both states agreed to maintain peace at the meeting with Home Minister Amit Shah.

“In the meeting with Union Home Minister Amit Shah, both the states agreed to maintain peace and accordingly, Karnataka has maintained law and order, not allowing any single untoward incident. Also, there has been no breach of promise by Karnataka and the movement of people has been normal,” Mr Bommai added.

“It is equally important that a similar situation prevails in neighbouring Maharashtra. We will not allow any illegal activity here. This matter will be discussed in the Assembly on Wednesday and a detailed reply will be given. A resolution will also be adopted in this regard,” he said.

The border dispute between Maharashtra and Karnataka goes back to the implementation of the State Reorganization Act, of 1956. The then Maharashtra government had demanded the readjustment of its border with Karnataka.

Following this, a four-member committee was formed by both states. The Maharashtra government had expressed its willingness to transfer 260 predominantly Kannada-speaking villages, but the proposal was turned down by Karnataka.

Both governments later approached the Supreme Court to expedite the matter. However, the matter is still pending arbitration.

“Covid Variant From China Not In Delhi, No Need To Panic”: Arvind Kejriwal 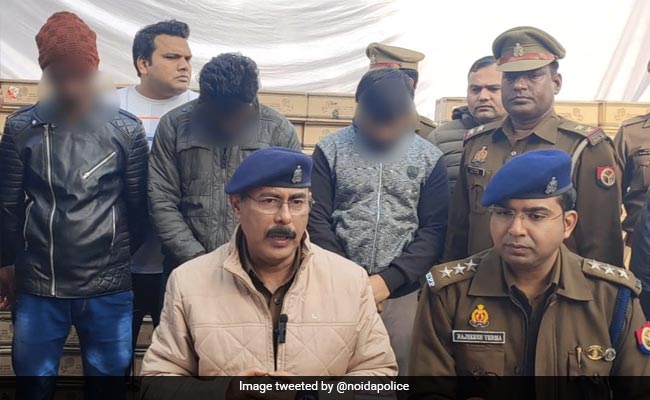