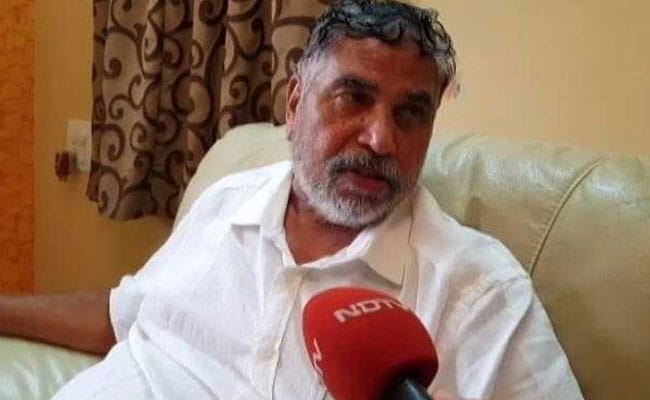 Chhotu Vasava is the sitting MLA from Jhagadia. (File)

Son of Bharatiya Tribal Party (BTP) founder Chhotu Vasava on Thursday withdrew his nomination from the Jhagadia Assembly constituency in Bharuch district, avoiding a contest with his father who is also in the fray.

After withdrawing from the race, Mahesh Vasava said he will campaign for his father and ensure he wins with a big margin.

Veteran tribal leader Chhotu Vasava has won the Jhagadia seat seven times – in 2017 as the BTP candidate and before that six times as the Janata Dal (United) nominee.

The senior Vasava had filed his nomination as an independent, creating the possibility of the seat witnessing a contest between the father-son duo. However, the junior Vasava withdrew his nomination on the last date (November 17) for withdrawal of candidature for seats (89) going to polls in the first phase.

Mahesh Vasava’s younger brother had also filed his nomination as an independent candidate, but opted out of the race on Wednesday.

After withdrawing his nomination as the BTP candidate, the junior Vasava said he will canvass for his father and make sure he wins by a huge margin of votes.

“We will have to stay united against the Bharatiya Janata Party (BJP) which has ruled the state for 27 years…I will do everything to defeat the BJP and the Congress,” said the MLA from Dediapada.

“I will continue to support the struggle of the messiah, the icon of the poor (Chhotu Vasava). After taking the opinion of my workers, we made a decision (of his withdrawal from race) to make sure he wins by a huge margin,” he said.

On November 9, the BTP had announced Mahesh Vasava’s candidature from the Scheduled Tribe-reserved seat of Jhagadia.

The party has fielded Bahadursinh Vasava from Dediapada, the current Assembly seat of Mahesh Vasava.

In the 2017 Assembly election, the BTP had won two out of the three seats it had contested in an alliance with the Congress. The two BTP seats are Jhagadia and Dediapada.

The father-son duo had abstained from voting in the June 2020 Rajya Sabha election in Gujarat and later announced breaking of ties with the Congress in two Panchayat bodies in Narmada and Bharuch.

In May this year, BTP supremo Chhotu Vasava held a joint rally with Aam Aadmi Party convener and Delhi Chief Minister Arvind Kejriwal in Bharuch and entered into a pre-poll alliance with the AAP.

The alliance, however, did not work out and the tribal party pulled out of it.

“Promotion As Judge Stopped As I Am Gay”: Advocate Saurabh Kirpal To NDTV