No one intervenes in the fight or tries to rescue the victim.

In a shocking incident, a 30-year-old man was stabbed to death in Delhi’s Badarpur last night as the residents and passersby looked on.

The incident, which was captured on CCTV, is going viral on social media.

The video shows two men thrashing Keshav with sticks in a narrow lane of Badarpur’s Tajpur Pahadi area. The third man is seen stabbing the 30-year-old.

The accused then flee the spot, the CCTV shows.

Some people are seen casually walking through the lane, while others watch on as the man is thrashed and later stabbed. No one intervenes in the fight or tries to rescue the victim.

Keshav was later rushed to All India Institute of Medical Sciences (AIIMS) where he was declared dead on arrival, officials said.

Police said the three men have been arrested, and a knife – which was allegedly used in the crime – has been recovered from their possession.

Keshav and the accused got into a heated argument last week, following which they decided to teach him a lesson, police said.

“Kohinoor and Vicky had been involved in several criminal cases in the past. The third accused is a minor”, a police official said.

Keshav also had a criminal history, he said.

Ghulam Nabi Azad On Reports Of Return To Congress

Ghulam Nabi Azad On Reports Of Return To Congress 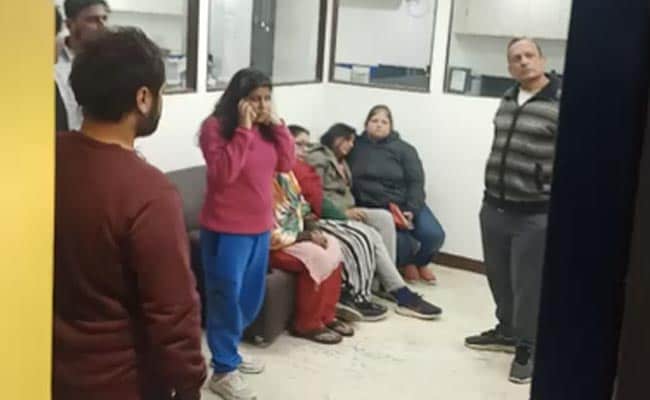