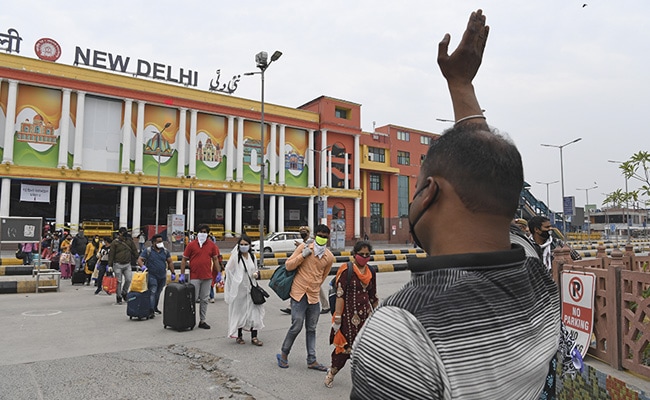 At least 28 people from Tamil Nadu were deployed at different platforms of the New Delhi Railway Station every day for eight hours for a month to count the arrival and departure of trains and their coaches, unaware they were victims of an employment scam.

They had been told that this was part of their training for positions of travel ticket examiner (TTE), traffic assistant, and clerk, and each of them paid amounts ranging between Rs 2 lakh and Rs 24 lakh to get the jobs in the Railways, according to a complaint filed with the Delhi Police’s Economic Offences Wing (EOW).

For the one-month training which took place between June and July, the victims were duped of Rs 2.67 crore by a group of fraudsters, according to the complaint lodged by 78-year-old M Subbusamy.

Mr Subbusamy, an ex-serviceman, had put the victims in touch with the alleged fraudsters, but he has claimed that he was unaware that the entire thing was a scam and he too had fallen for their trap.

“Each candidate paid money ranging from Rs 2 lakh to Rs 24 lakh to Subbusamy who further paid these to a person named Vikas Rana. Rana posed as a deputy director in the Northern Railway office in Delhi,” 25-year-old Snethil Kumar, a victim from Madurai, said. Most of the victims are graduates with backgrounds in engineering and technical education.

“Though the training amount varied for various positions such as travel ticket examiners, traffic assistants or clerks, everyone underwent the same training, ie, counting trains at stations,” he added.

Speaking to PTI over the phone from his hometown in Virudhunagar district in Tamil Nadu, Mr Subbusamy said, “Since my retirement, I have been helping unemployed youths of our locality to find a suitable job without any monetary interest.”

In the FIR, he alleged that he met a person named Sivaraman, a resident of Coimbatore, in one of the MP quarters in Delhi. Sivaraman claimed to be very closely associated with MPs and ministers and offered to facilitate employment in the Railways for the unemployed in lieu of monetary gains.

Mr Subbusamy further alleged that Sivaraman asked him to come to Delhi along with job seekers. “Initially, I came with three job seekers and when the news of their job training spread in their villages in and around Madurai, 25 more candidates joined in,” Mr Subbusamy said.

According to the FIR, after paying the money as facilitation charges, these prospective candidates were called for a medical examination at the Railway Central Hospital, Connaught Place, and then for document verification at the office of the Junior Engineer, Northern Railway, Shankar Market, New Delhi on various dates.

Victims say that Mr Rana always used to meet them outside for the collection of money and never took them inside any Railway building. According to them, all the documents such as orders for training, identity cards, training completion certificates, and appointment letters turned out to be forged when cross-verified with the Railway authorities.

“After document verification, Mr Vikas Rana and Mr Dubey, one of his associates, took all the candidates to Baroda House for issuing study material and kit and also issued them forged/fabricated orders for training, which obviously we realised very late, only sometime back, when we attempted to verify its authenticity,” Mr Subbusamy alleged in the FIR.

Sounding an alarm against such job scams, Yogesh Baweja, Additional Director General for Media and Communication in the Ministry of Railways, said the Railway Board has been regularly issuing advisories and alerting the common people against such fraudulent practices.

“Youngsters should be very careful while dealing with such elements and they should always contact the Railway officials concerned in such situations so that they get to the bottom of the truth as early as possible and save their hard-earned money,” Mr Baweja said.