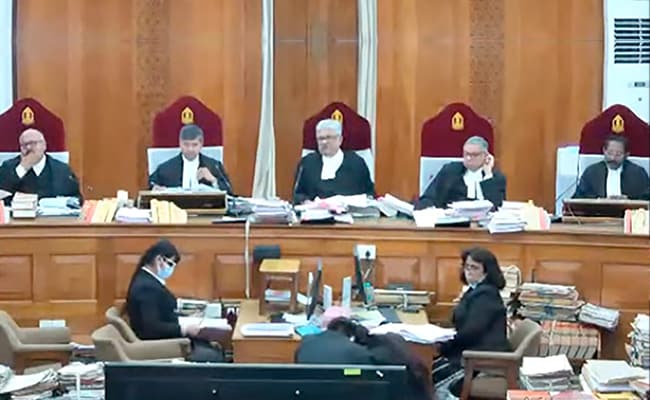 The Supreme Court today questioned the process adopted for appointing Arun Goel as an Election Commissioner (EC), and said his file got clearances in “haste” and with “tearing hurry”.

As the Supreme Court observed that the file pertaining to Mr Goel’s appointment was cleared with “lightning speed”, the Centre through Attorney General R Venkataramani asked the court to “hold its mouth” and requested it to look into the matter in its entirety.

“What kind of evaluation is this? Although, we are not questioning the merits of Arun Goel’s credentials but the process,” a five-judge Constitution bench headed by Justice KM Joseph said.

The top-most law officer told the bench, which was making a volley a comments on the issue, “Please hold your mouth for a while. I request to look into the issue in entirety”.

It perused the original file of Mr Goel’s appointment as an Election Commissioner, which was placed before the bench by the Centre in pursuance of Wednesday’s direction given by the top court.

The bench said 1985-batch IAS officer Arun Goel got voluntary retirement from service in a single day, his file was cleared by the Law Ministry in a single day, a panel of four names were put up before the prime minister and Goel’s name got the nod from the President within 24 hours.