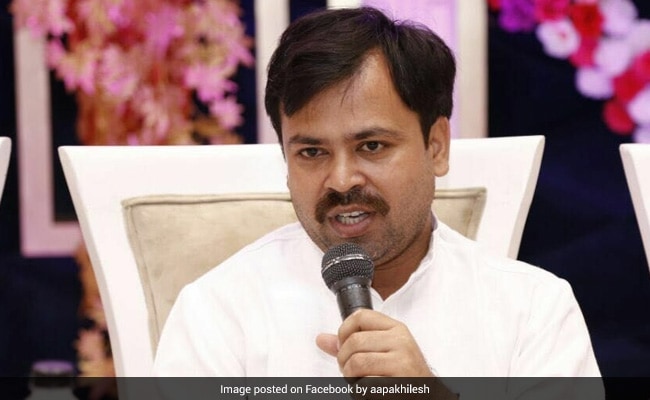 During the questioning, a senior official said, Tripathi refuted the allegations against him and his associates, including his relative, who were arrested by the ACB on Wednesday.

The ACB had arrested Tripathi’s brother-in-law and his two associates for allegedly demanding Rs 90 lakh as bribe for arranging a ticket for the wife of an AAP worker, Gopal Khari, to contest the upcoming Municipal Corporation of Delhi elections.

“He was questioned for nearly 11 hours today. He maintained that he and his associates, including his brother-in-law, did not take any money from the AAP worker and that he was impartial,” the official said.

The AAP MLA from Model Town claimed to have never met Khari in person, he said.

“To verify his claims, we will be checking CCTV footage from the house and office of the arrested MLA and his associates,” he added.

The matter came to light on Monday after Khari, who claims to have been associated with the AAP as an active worker since 2014, approached the ACB with his complaint.

Khari met Tripathi on November 9 with a request for a ticket from AAP for his wife to contest the MCD polls from Ward No. 69 in Kamla Nagar, the ACB said.

Tripathi allegedly demanded Rs 90 lakh to secure a ticket for Khari’s wife. Khari paid Rs 35 lakh to him. He also allegedly gave Rs 20 lakh to AAP MLA Rajesh Gupta on Tripathi’s insistence, according to the complaint.

Khari had told Tripathi that the remaining amount would be paid after getting the ticket, it said.

After Khari did not find his wife’s name in the list of candidates released by the AAP on Sunday, Tripathi’s brother-in-law Om Singh contacted him and assured him that they will get him one in the next elections. Singh also offered to return the bribe, the complaint stated.

The complainant has also submitted audio and video recordings of his purported dealings during the payment and return of the bribe amount, according to the ACB.

The 250-ward MCD goes to polls on December 4 and the counting of votes will take place on December 7.